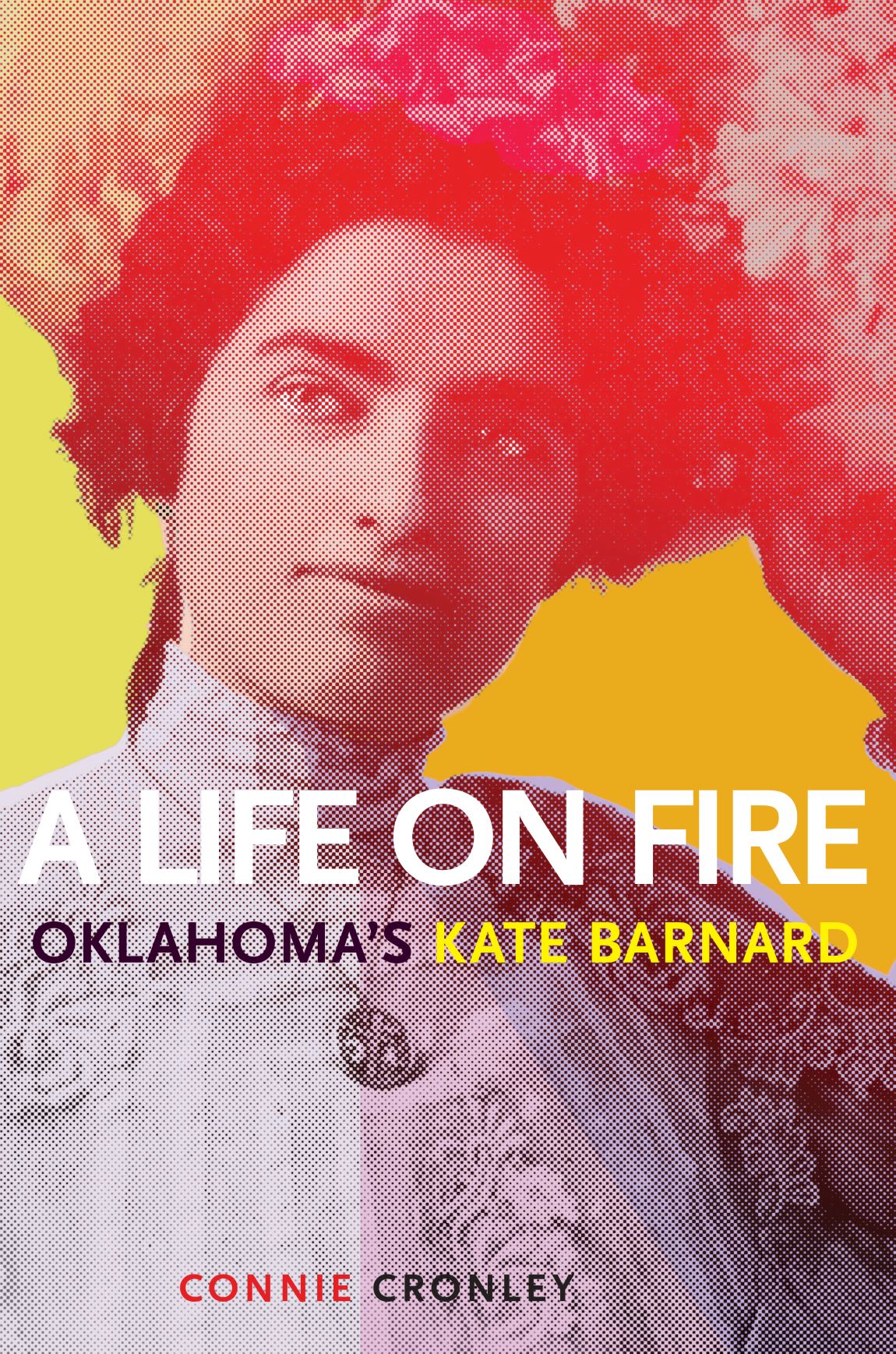 “How can women wear diamonds when babies cry for bread?” Kate Barnard demanded in one of the incendiary stump speeches for which she was well known.

In A Life on Fire, Connie Cronley tells the story of Catherine Ann “Kate” Barnard (1875–1930), a fiery political reformer and the first woman elected to state office in Oklahoma, as commissioner of charities and corrections in 1907—almost fifteen years before women won the right to vote in the United States. Born to hardscrabble settlers on the Nebraska prairie, Barnard committed her energy, courage, and charismatic oratory to the cause of Progressive reform and became a political powerhouse and national celebrity.

As a champion of the poor, workers, children, the imprisoned, and the mentally ill, Barnard advocated for compulsory education, prison reform, improved mental health treatment, and laws against child labor. Before statehood, she stumped across the Twin Territories to unite farmers and miners into a powerful political alliance. She also helped write Oklahoma’s Progressive constitution, creating what some heralded as “a new kind of state.”

But then she took on the so-called “Indian Question.” Defending Native orphans against a conspiracy of graft that reached from Oklahoma to Washington, D.C., she uncovered corrupt authorities and legal guardians stealing oil, gas, and timber rights from Native Americans’ federal allotments. In retaliation, legislators and grafters closed ranks and defunded her state office. Broken in health and heart, she left public office and died a recluse. She remains, however, a riveting figure in Oklahoma history, a fearless activist on behalf of the weak and helpless.

Connie Cronley is the author of three books of essays—Sometimes a Wheel Falls Off, Light and Variable, andPoke a Stick at It—and coauthor with the late Edward Perkins of Mr. Ambassador: Warrior for Peace. She is an enrolled citizen of the Cherokee Nation of Oklahoma and lives in Tulsa.