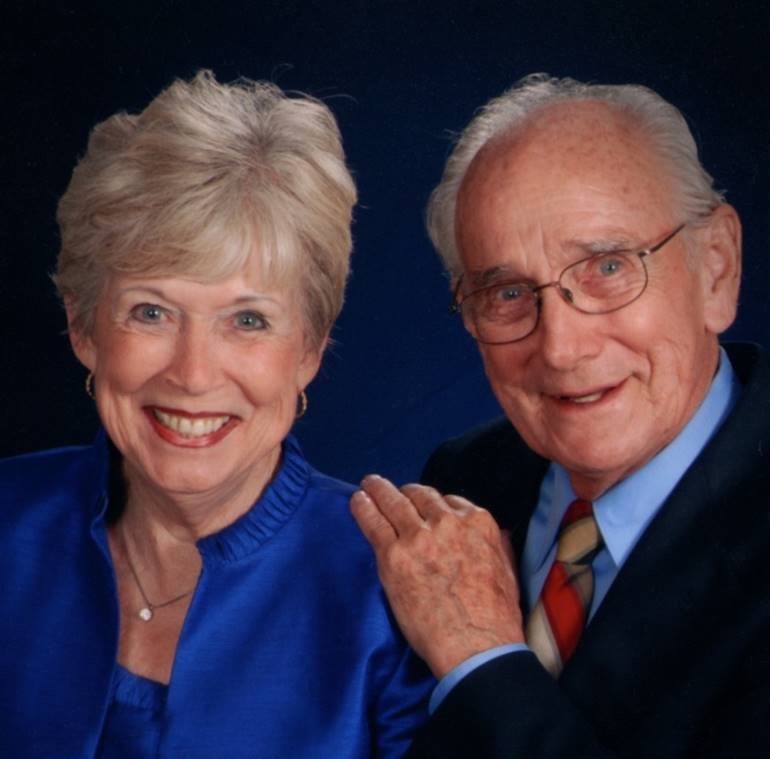 After moving to Tulsa in 1967 with their four daughters, Guy and Phyllis Logsdon became steeped in the culture, art and music of Tulsa. Both are native Oklahomans: Guy from Ada and Phyllis from Okemah.

With a mutual love of music and Oklahoma history, Guy and Phyllis started performing together early in their marriage. Using a mix of humor, folk music and lore, they performed throughout the state. Over the last few years, they were a favorite at the annual Woody Guthrie Festival in Okemah, singing Guthrie’s children’s songs.

The couple was unrelenting in their efforts to achieve recognition of Woody Guthrie’s Oklahoma roots and music. Their legacy is evident in the ongoing Woody Guthrie Festival and their support of the Woody Guthrie Center in Tulsa. Guy wrote the liner notes for the Woody Guthrie compilation CDs produced by Smithsonian Folkways. And he co-authored “Woody’s Road; Woody Guthrie’s Letters Home, Drawings, Photos, and Other Unburied Treasures” with Mary Jo Guthrie Edgmon, Woody’s youngest sister.

Phyllis still enjoys volunteering as a docent at Gilcrease Museum and has served as President of The Gillies board. She served on the board of the TU Alumni Association and still regularly gives historical tours of Boston Avenue United Methodist Church.

Guy served on the board of the Oklahoma Historical Society for over a decade until his death in 2018. He also served as a board member of the National Fiddlers Hall of Fame. The Tulsa State Fair Fiddlers Contest was started by Guy in 1972.

Both credited each other for their success but it was Guy and Phyllis as a team that made their relationship unique. They celebrated their 64th wedding anniversary shortly before his death.

“This is a wonderful honor and I know Guy would be proud,” said Phyllis.