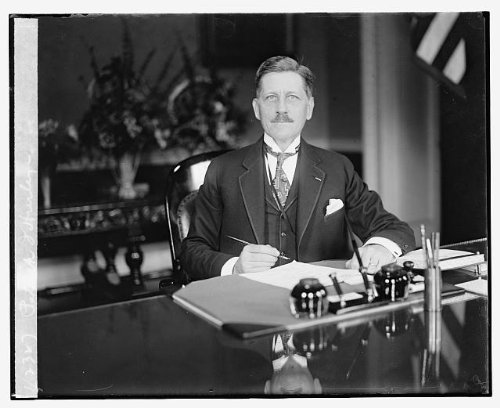 The late Patrick Hurley was born in Indian Territory, practiced law in Tulsa and had a distinguished diplomatic career.  In the 1920s he invested in real estate and built Oklahoma’s first apartment-hotel, the Ambassador.  As secretary of war under President Hoover, he was the first Oklahoma to serve in a presidential cabinet.  In World War II, he became a brigadier general and an emissary to Russia.  He capped his diplomatic career as ambassador to China.  Pictured: Patrick J. Hurley as Secretary of War, c. 1930.