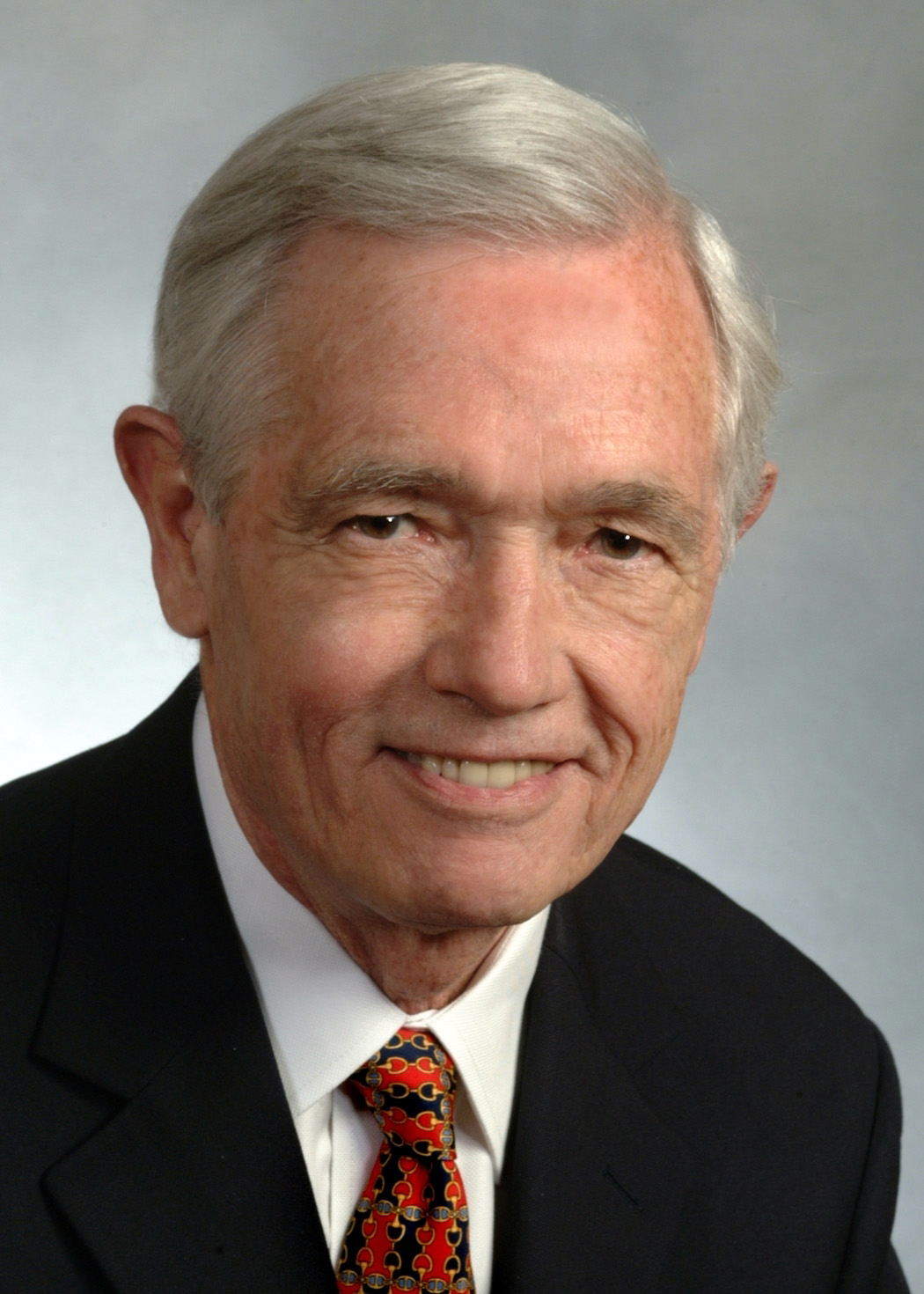 “The Dean of Tulsa Television,” Clayton Vaughn’s broadcast journalism career spanned nearly half a century.   He retired from broadcasting in 1999 and became Executive Director of the Tulsa Historical Society, helping develop its new Tulsa midtown home.   He retired from the society in 2006 and remains active in community affairs.

Born in Kansas and raised in Cushing, Vaughn is married to Nancy Vaughn and has four children and three grandsons.

Vaughn’s broadcast career began at a radio station in Cushing in his senior year in high school.   He moved to Tulsa in 1958, becoming News Director for radio station KAKC. He moved to KOTV in 1964, becoming News Director and anchor.  There he hired Tulsa’s first female news anchor and first black news anchor, instituted legislative coverage, and gave local education and civil rights issues high priority.  He reported from nine national political conventions, traveled to Vietnam to report on area military service men and women, anchored from the Oklahoma City Federal Building bombing site, presided over scores of political debates, and interviewed innumerable people from all walks of life.

Vaughn left Tulsa twice, hired by KABC-TV in Los Angeles as anchor-reporter from 1969 through 1971 and then in 1978-1979 by WNET New York/ NJPTV New Jersey as one of the first anchors for the New Jersey Nightly News.  His work at KOTV after his return from the west coast included five years as News Director and anchor of Oklahoma’s first and, to date, only 6 PM News Hour, which brought magazine style reporting and news commentary to Tulsa television.

He has been president of the local Society of Professional Journalists and Oklahoma Associated Press Broadcasters, and received the first media award from Tulsa NCCJ and an Oklahoma Education Association award for education commentary on House Bill 1017.

Vaughn is a member of the Oklahoma Broadcasters Hall of Fame, received the Lifetime Achievement Award from the Heartland Academy of Television Arts and Sciences and the Tulsa People Readers’ Choice Award for “Best Anchor of the 1990’s,” and was named among the first “Tulsa Television Icons” by the Tulsa Press Club.

Clayton Vaughn and television news came of age together.  He set the standard for his craft and his community and earned its trust.