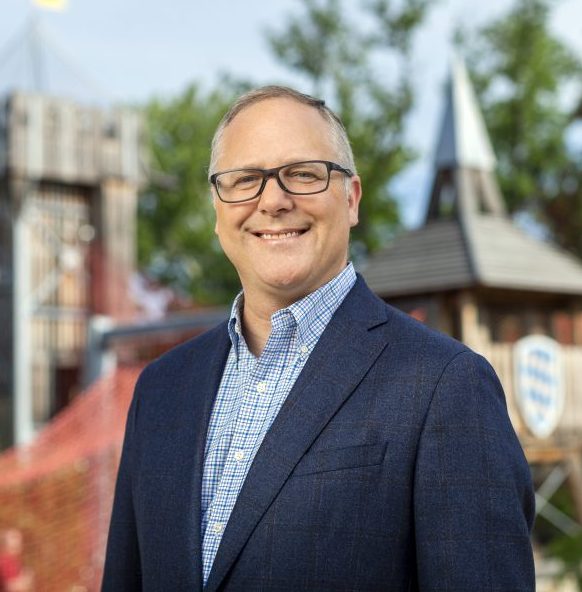 Jeff has always had a passion for community service and the outdoors. He became an Eagle Scout and Vigil Honor member in the Order of the Arrow.  And after graduating from Jenks and then Baylor, Jeff returned to Tulsa honing his business, marketing and sales skills in the outdoor industry he loved.  Jeff started with Lowrance Electronics in Tulsa and then with Johnson Outdoors in Wisconsin.

Returning to Tulsa in 1996, Jeff became the President of Outdoor Innovations/Terminator Titanium Lures, which he and his investors sold in 2006.

Jeff joined the Tulsa Community Foundation team in 2008 and since that time has helped guide the strategic vision for the foundation, as well as overseeing its operation.

In addition to his role as COO, Jeff serves on the George Kaiser Family Foundation’s leadership, overseeing the Vibrant and Inclusive Tulsa team that focuses on the foundation’s civic enhancement, place making, economic development, talent recruitment and retention, beautification and arts investments.  He also is the Executive Director and Trustee for Tulsa’s Gathering Place, LLC; overseeing design and construction of the 100-acre, $465 million river front park. Among many national honors, the park was recently named USA Today’s top new attraction for 2019, one of Time Magazine’s 100 Greatest Places in the world and awarded Urban Land Institute’s Global Excellence award, the first for a park.

Jeff and his wife, Susie, have two sons, Will and Luke, who enjoy the outdoors with their dad.  Jeff is also a NASCAR fan and enjoys relaxing with family and friends at Grand Lake.