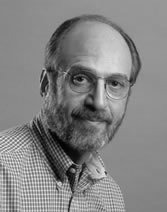 David Halpern’s interest in photography began in childhood but remained a hobby while he pursued a career in marketing and public relations until he was 38 and was given his first one-man show. His work is included in several permanent collections and he has served as an artist in residence with the National Park Service, where an exhibition of his photographs commemorating the Service’s 75th anniversary traveled to 40 locations and was seen by more than 400,000 people.

He is a trustee and current President of the Board of Trustees of The Sherwin Miller Museum of Jewish Art in Tulsa. His work has also been widely published, including both editions of Tulsa Art Deco.