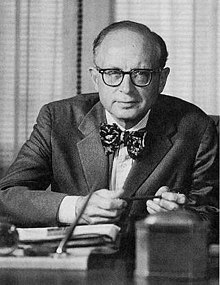 Daniel J. Boorstin has taken principles nurtured by a Tulsa upbringing and has brought them to bear on the national intellectual stage.  The son of Samuel Boorstin, a fondly remembered Tulsa attorney, he is a graduate of Tulsa Central High School.  Boorstin’s reputation as a leading American historian is based upon his authorship of many volumes, including the influential trilogy, The Americans.  He served for twenty-five years as the Distinguished Service Professor at the University of Chicago and is a former director of the Smithsonian’s National Museum of History and Technology.  His elevation to the post of Librarian of Congress placed Boorstin at the center of current American political thought.