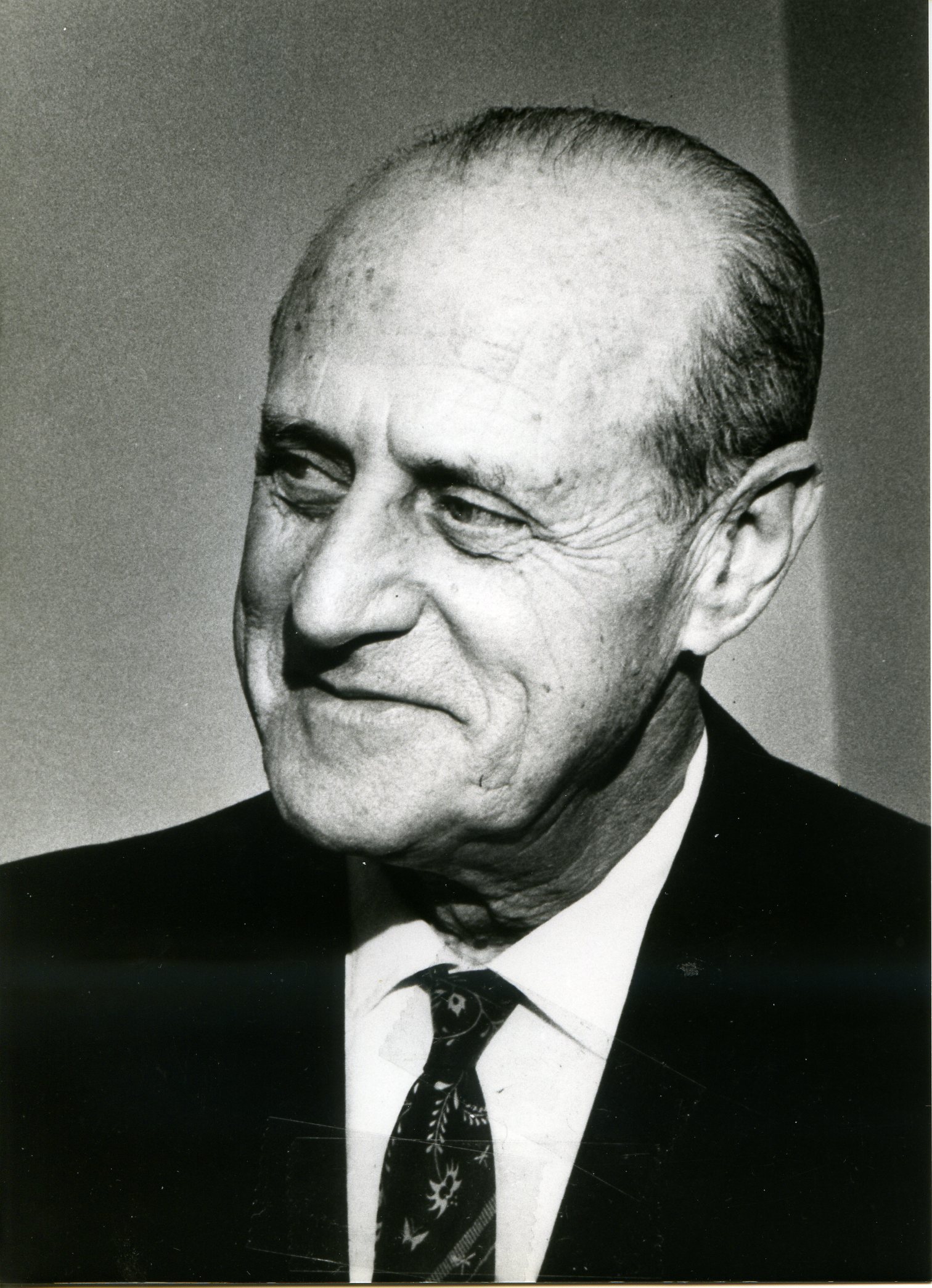 There are times when people simply have to be told.  In Tulsa during the 1950’s and 1960’s the voice that invariably did the telling was that of Alfred E. Aaronson.  He told the citizens of Tulsa that they could build a community whose quality of life would be the envy of the nation.  And, fortunately, when Aaronson told them something, Tulsans listened.

Alfred E. Aaronson was twenty when he came to Tulsa in 1913.  A native of New York City, he had attended public schools there and City College of New York.  He was one of the founders of the Mid-Co Petroleum Corporation and served as vice-president until 1920.  He also founded Tuloma Oil Company and was one of the founders of Looboyle Incorporated and Consumers Oil Stations.  At the same time as he was making his mark in the oil industry, he acquired an interest in real estate.  In 1924 he built the Court Arcade Building at 6th and Boulder and served as vice-president of Commonwealth Company of Tulsa which was the first real estate firm to build homes in the $30,000 to $75,000 price range.

In 1957 Aaronson retired from his business activities, but, it was a retirement that was far from inactive. His principle activity from the first day of his retirement became the development of Tulsa’s cultural and human relations resources.  These efforts took many forms and in each instance his participation is credited with “making the difference.”  It was Aaronson who is recognized as the motivator in the “Keep Gilcrease in Tulsa” Committee.  He knew that the massive collection of American art and Indian art and artifacts amassed by Thomas Gilcrease was a resource the city could not afford to lose.  He spearheaded the move to purchase the collection, an issue that would be resolved through the successful approval of a bond issue.  Aaronson doggedly refused to accept a negative vote on a millage levy to finance the Tulsa City-County Library System.  The day after the election he started to convince Tulsans of the importance of a well-developed library system and eventually Tulsans listened.  The Aaronson Auditorium in the Central Library is a testament to his persistence.

In the area of city planning Aaronson brought his expertise developed in the real estate business to bear as an initial member of the Tulsa Metropolitan Area Planning Commission.  Aaronson was also among the first to work through the system to improve Tulsa’s record on human relations.  His service on the city’s first Human Relations Commission and his activities as board member of the Southwest Center for Human Relations earned him a special citation from the University of Oklahoma in 1970.  This citation joined numerous other awards he received from a broad spectrum of civic organizations.  And, among his significant “firsts” was his service to the Tulsa County Historical Society.  Aaronson served as the first chairman of the organization he founded with Dode McIntosh to preserve a record of Tulsa’s history.

The years of service that Aaronson lavished on Tulsa won him the respect of the entire community.  It was, however, Tulsa’s former mayor, James Maxwell, who summed up Aaronson’s contributions when he said, “Aaronson kept slugging . . . he answered the doubtful. . . he challenged the reluctant.  He brought order out of chaos.  He was a one-man army.”

Alfred Aaronson died in 1983.  He is survived by his wife, Millicent, who currently resides in Swarthmore, Pennsylvania, and his two daughters, Grace Goldin and Alice Zlotnick.