Home » Exhibits » A Century of Production

W.C. Norris began his career manufacturing tools for oil production at an early age working in his father’s company

He went on to establish his own company with his brothers in Pennsylvania before deciding to move west along with the oil industry. Norris arrived in Tulsa in 1910 and established a new company – W.C. Norris – to manufacture equipment for oil production. 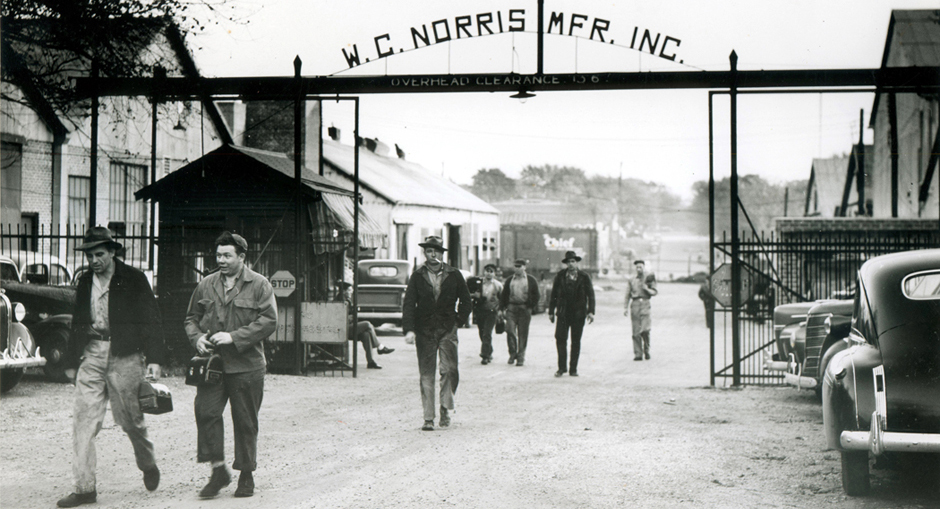 His company grew from 8 employees in a small machine shop to an industrial complex covering two square blocks to a manufacturer with 3 separate facilities throughout the city. The Norris Company expanded and changed its production lines and contributed to technological developments as the decades went on before earning the title of largest sucker rod producer in the world. During WWII the plant changed gears to manufacture shell casings for the War Department and earned several prestigious awards for their work.