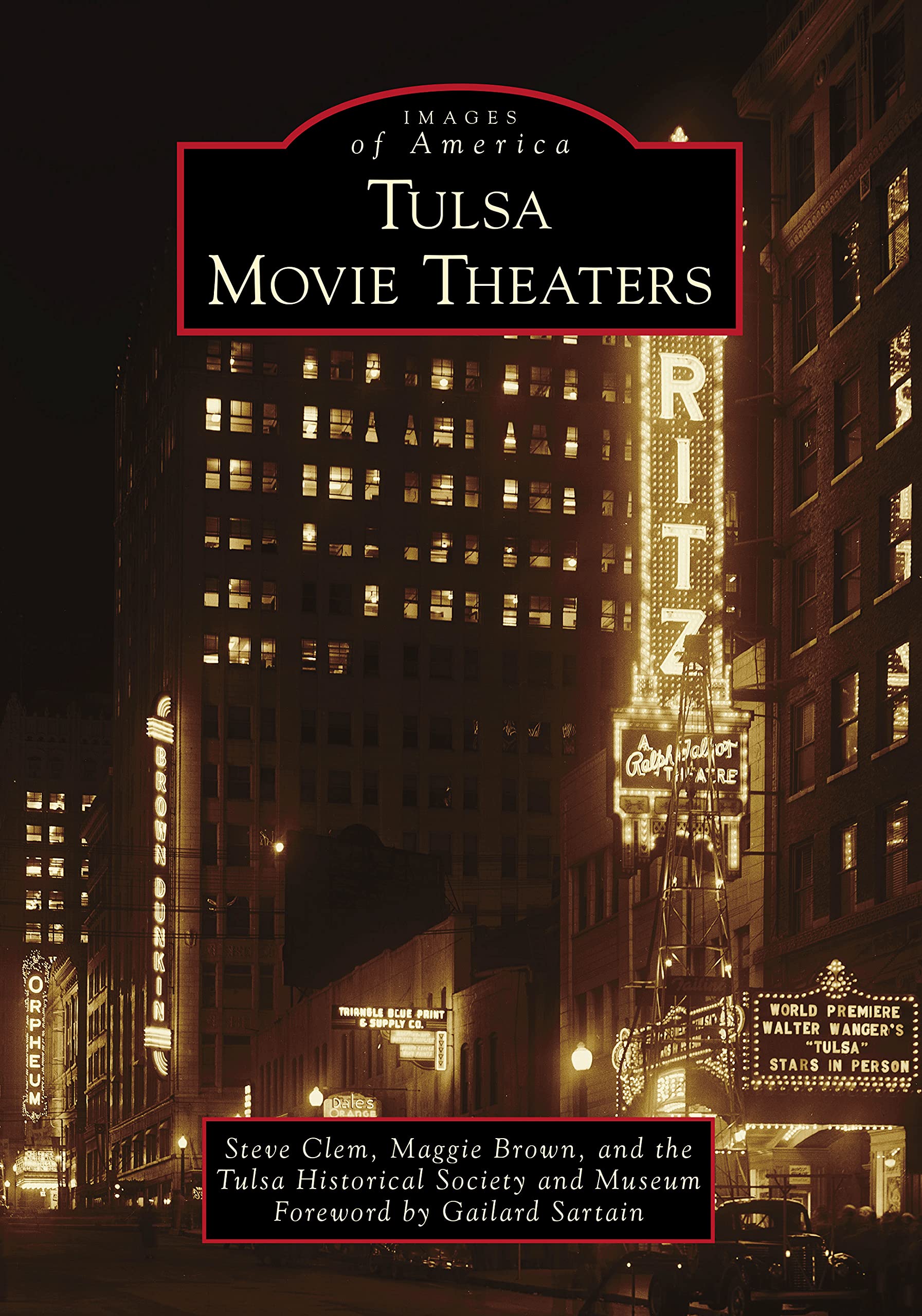 Be among the first to get a copy of the new Tulsa Movie Theaters book at a special event on the evening of Thursday, July 22nd at 6:00 pm.

The authors will be there to discuss Tulsa Movie Theaters and copies will be available for sale.  Books will also be available for during the museum’s open hours (Tues-Sat 10-4) for a price of $23.99.  (Can’t make the event? Purchase your copy online HERE)

Going to the movies has always been special. Tulsa’s first theater opened in 1906 with a lineup of silent reels and live vaudeville entertainment. During the next two decades, dozens of movie houses opened downtown, including the “Big Four:” the Ritz, Orpheum, Majestic, and Rialto.

Tulsa also hosted star-studded movie premieres. Among them were The Outsiders and the 1949 premiere of Tulsa, featuring the biggest parade and crowd in Tulsa’s history. Perhaps the most well-known theater—the Dreamland on Black Wall Street—was destroyed during the 1921 Tulsa Race Massacre. Although it was rebuilt, images of the Dreamland in ruins are iconic.

With a lifelong love of movie theaters, coauthor Steve Clem grew up attending Saturday Westerns at the Rialto and Disney films at the Delman. As a museum curator, coauthor Maggie Brown has researched and designed nearly 150 exhibits on Tulsa history, including several featuring movie theater history. The Tulsa Historical Society and Museum is filled with artifacts from Tulsa’s past, including many photographs of theaters shared in this book. These images bring flickering memories into sharper focus.