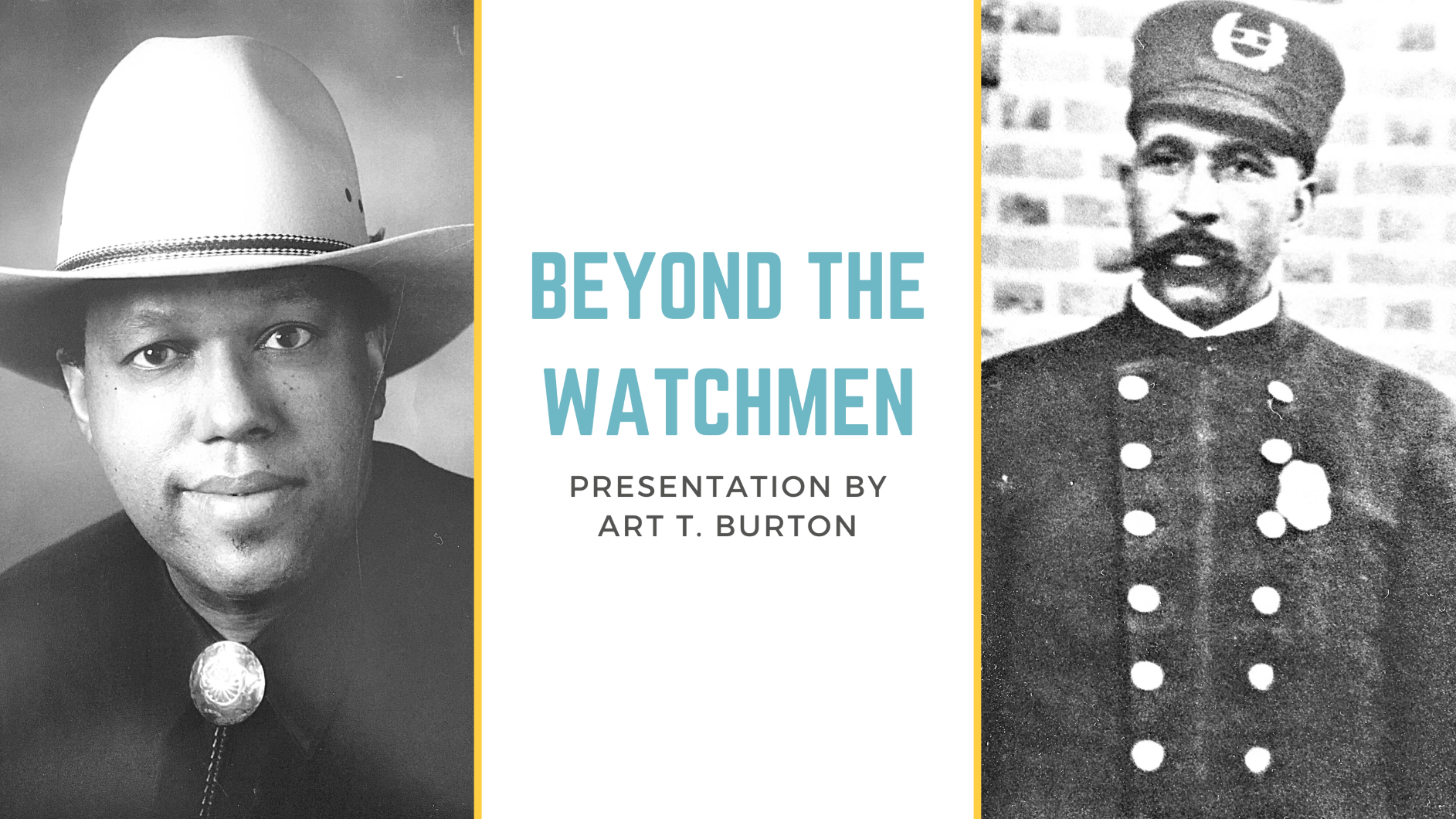 Beyond the Watchmen – by Art T. Burton

An interactive presentation about:

Award-winning author Art T. Burton will discuss Deputy U.S. Marshal Bass Reeves who patrolled the frontier Tulsa area and vicinity. Reeves served for thirty-two years, from 1875 to 1907, the longest serving deputy U.S. marshal in the history of the Indian Territory. Initially Reeves worked for the federal “Hanging Judge” Isaac C. Parker at Fort Smith, Arkansas, then he served the federal court at Paris, Texas and his last federal court at Muskogee, Indian Territory. Reeves captured more than 3,000 men and women who broke federal law and killed more than twenty men in the line of duty. Reeves became a legend during his lifetime and might have been the inspiration for the fictional hero “The Lone Ranger.”

Burton will also discuss the first African American Tulsa police officer Barney Cleaver, who started with the city in 1907 and later became a deputy Sheriff for Tulsa County. Cleaver played a major role in trying to quell the disturbance on May 31, 1921 in Tulsa. Cleaver is an important figure in early Tulsa history. He owned a detective agency and worked as a policeman until the early 1930’s.

Books will be available for sale and include:

Cherokee Bill: Black Cowboy, Indian Outlaw – The first biography on the most famous outlaw of the Indian Territory.

Do NOT follow this link or you will be banned from the site!
WordPress Video Lightbox
×