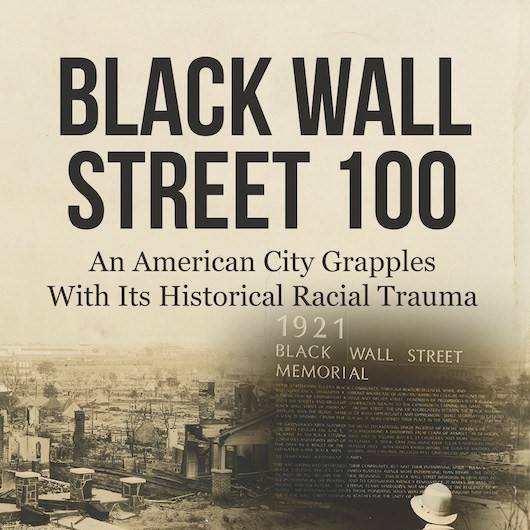 A Conversation with Hannibal Johnson (Virtual)

Hannibal’s latest book is endorsed by the 1921 Tulsa Race Massacre Centennial Commission and the 400 Years of African American History Commission, furthers the educational mission of both bodies. The book offers updates on developments in Tulsa generally and in Tulsa’s Greenwood District specifically since the publication of my first book, Black Wall Street: From Riot to Renaissance in Tulsa’s Historic Greenwood District.

Black Wall Street 100 is a window into what distinguishes the Tulsa of today from the Tulsa of a century ago. Before peering through that porthole, we must first reflect on Tulsa’s Historic Greenwood District in all its splendor and squalor, from the prodigious entrepreneurial spirit that pervaded it to the carnage that characterized the 1921 massacre to the post-massacre rebound and rebuilding that raised the District to new heights to the mid-twentieth-century decline that proved to be a second near-fatal blow to the current recalibration and rebranding of a resurgent, but differently configured, community.

Tulsa’s trajectory may be instructive for other communities, similarly seeking to address their own histories of racial trauma. Conversely, Tulsa may benefit from learning more about the paths taken by other communities. Through sharing and synergy, we stand a better chance of doing the work necessary to spur healing and move farther toward the reconciliation of which we so often speak.

Do NOT follow this link or you will be banned from the site!
WordPress Video Lightbox
×